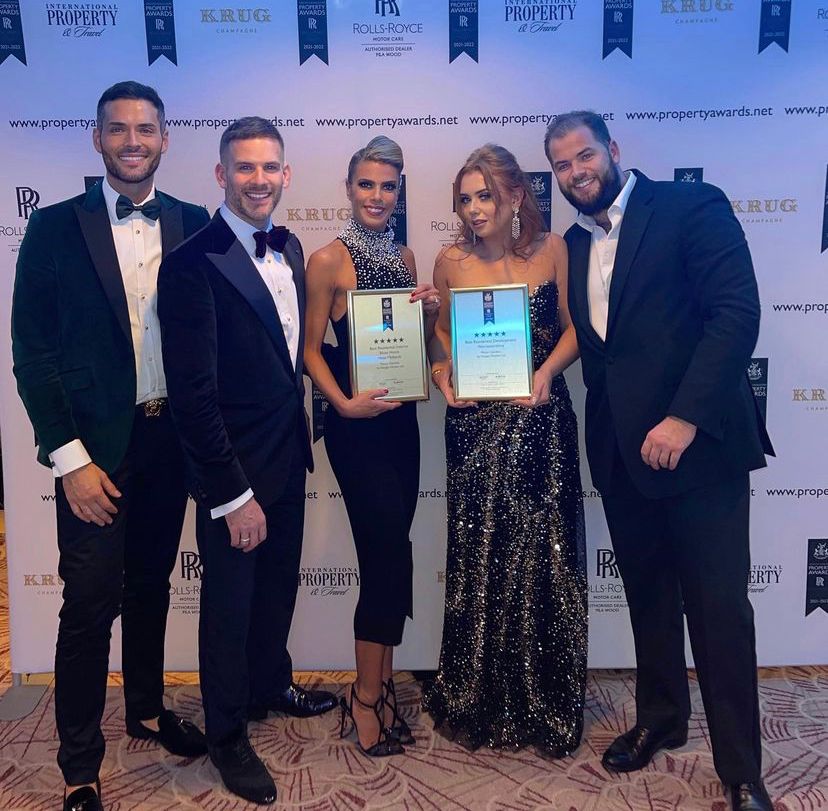 Horgan Homes has won another two awards for our first phase of Manor Gardens in one of the UK’s most prestigious property awards.

Only five-star winners are considered for the UK title of each category which will be decided in January. The UK winner then goes on to compete against the rest of the world to be crowned the overall champion.

The International Property Awards follow on from a bronze award for the Best Luxury House for the original show home at Manor Gardens and a silver award in the Best Small Housebuilder category that we won in the What House? awards last year.

Director Sophie Horgan collected the awards at the ceremony in London along with interior designers Daniel Harris and Anthony Byrne from Harris Byrne and the owner of Devonshire House, Hazel Fullwood.

She said: “This is an incredible achievement for everyone at Horgan Homes as we were competing against – and beating – some big names in the industry. As a small family run construction business this is a major accomplishment.

“It is an acknowledgement from key industry leaders that Horgan Homes delivers property to the highest standards which is testament to the hard work of our whole team from those on site to those behind the scenes.”